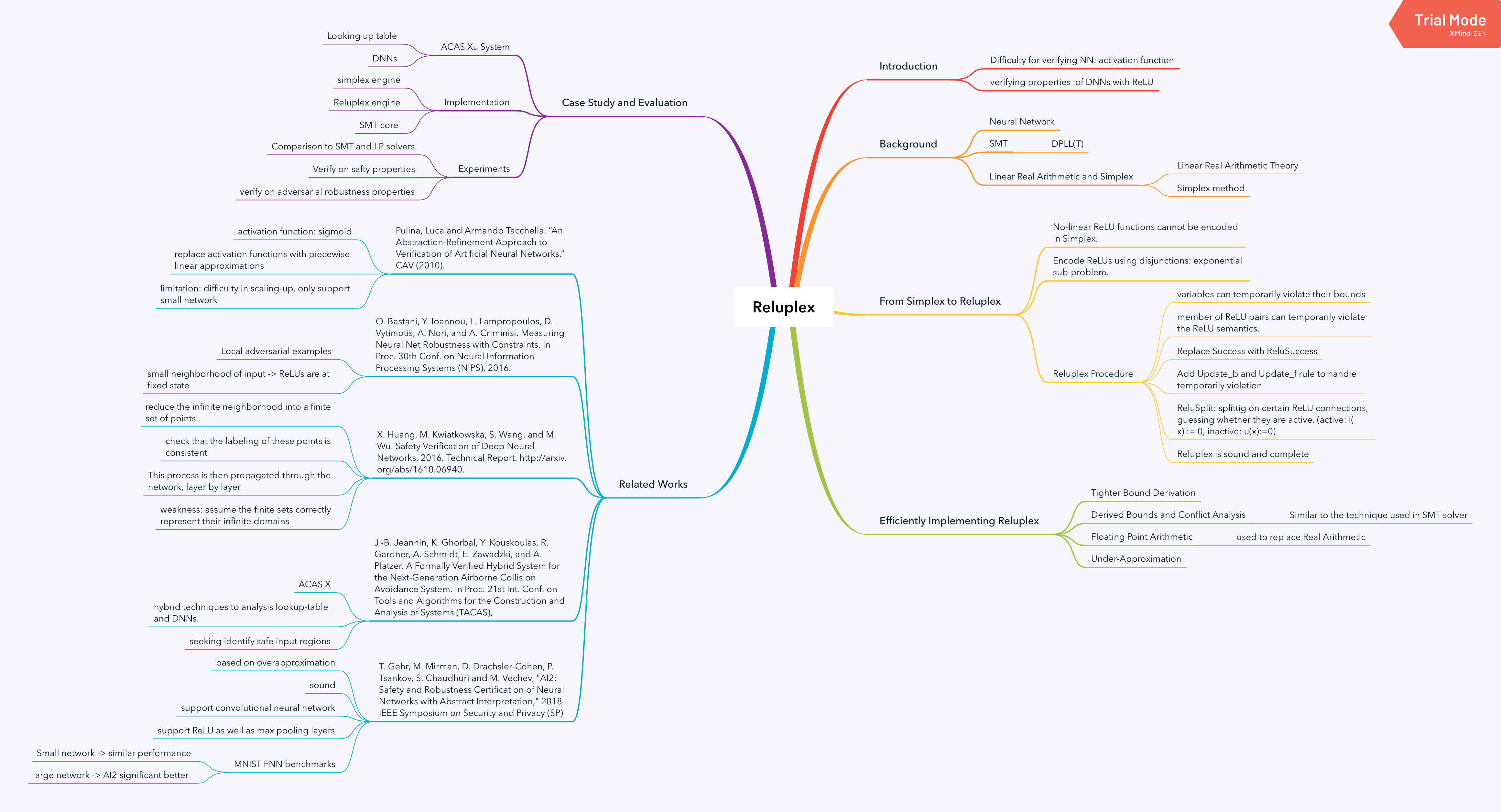 Deep Neural Network(DNN) is an effective way for complex real-world problems. However, to guarantee DNN can be applied to the safety-critical system, formal guarantees about their behaviors are needed.

An Abstraction-Refinement Approach to Verification of Artificial Neural Networks

This work was published on the CAV(2010). The challenge of verifying neural network comes from the non-linear activation functions, which make the verification problem become non-convex. In this work, the activation function is sigmoid. They had proposed a method that replaces activation functions with piecewise linear approximations. However, this made the computation increase significantly. As a result, this work is not scalable, only supports a very small network with at most 20 neurons.

This work comes from NIPS(2016). For verifying the robustness property of the neural network, they just focused on the small neighborhood of input, which fixed the state of ReLUs.

This work also focuses on robustness property. They have reduced the infinite neighborhood into a finite set of points and check the labels of these points is consistent. Then, this process is propagated through the network layer by layer.

The limitation of this work is that they made a strong assumption. That is the finite sets correctly represent their infinite domains.

This work proposed a hybrid technique of analysis lookup-table and DNNs.

This work was published on the 2018 IEEE Symposium on Security and Privacy. This work is based on overapproximation and they have proved that AI2 is sound.
The activation function of this work is also ReLU. However, this work can support the convolutional neural network as well as max pooling layer.

Besides, this work is more scalable than Reluplex, which means that it can verify the neural network with much more neurons.

One naive way to solve this problem is that encoding the ReLU with disjunctions. However, this may cause exponential growing on sub-problem.

To address this problem, based on simplex, an LP solver, they have proposed a new procedure – Reluplex.

They add the first 4 rules into Simplex and replaced the Success rule with ReluSuccess rule.

The PivotForRelu rule allows a basic variable appearing in a ReLU to be pivoted so that either Updateb or Updatef can be applied.
The Updateb and Updatef rules are added to handle the temporary violation.
The ReluSplit rule is used for splitting on certain ReLU connections, guessing whether they
are active or inactive.

They have proved that the Reluplex is complete and sound.

We can derive the strict low and upper boundaries of variables with the following rules.

Sometimes, that will help us eliminate some variables and accelerate the procedure.

This is the same with the conflict analysis in SAT and SMT solvers.

Sacrify accuracy sometimes can help get better speed and without affection on the result.

They not only verified the general safety properties, but also the robustness properties.

They also compared the Reluplex with state-of-art SMT and LP solvers. In the benchmarks that require split, the Reluplex beats all the other solvers, only in some benchmarks which do not require a split, one LP solver performed better than Reluplex. 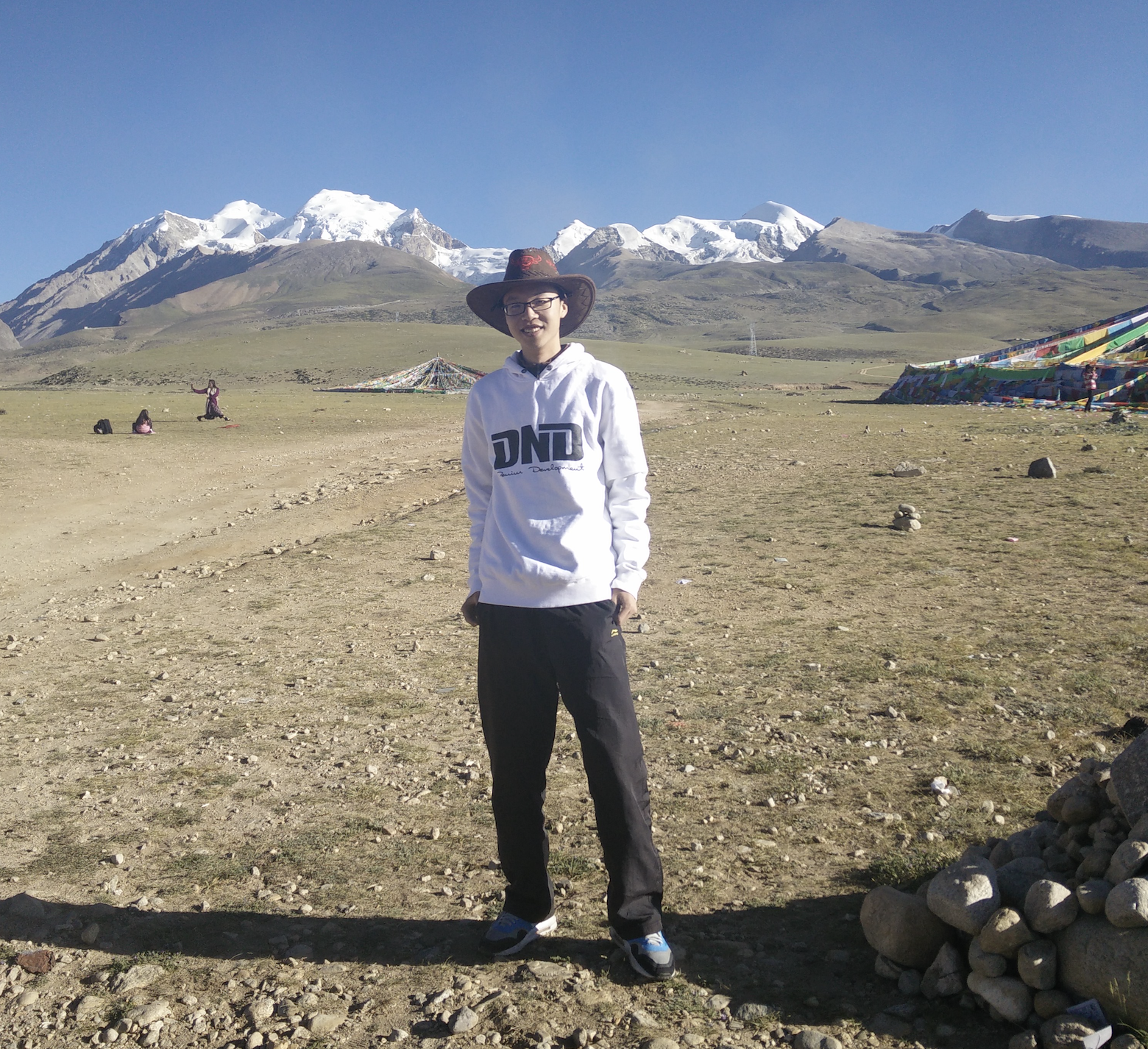